Recent Articles
Click on each article title to expand below.

This year Westgate introduced Service-Learning groups. These groups led by the high school students take many forms. We all have our Service-learning groups, right? Well we would love to know more about yours (feel free to submit your own article about your groups project) but today we are going to be talking about the Engineering service-learning group. In Engineering we are designing a homemade weather station with a raspberry pi kit. At the time the group is looking for funding for the weather station, if you have any ideas make sure to email Mrs. Nieto. We have ideas for our funding many include a Garage Sale, Destroying cars for junk yards, fundraiser, and a promotional video for the weather station! We are not sure which of these ideas will get approved before we move forward, but as a group we are very excited. With this weather station we hope to provide the Westgate community with accurate, up to date weather information that will stream directly to our school website.

Title: Amelia Earhart’s Flight
Date: 12/11/19
Author: Oliver Stanton
Amelia Earhart was apraised ace pilot across the U.S. bringing strong messages of feminism and empowerment of the such.
On June 1st,1937, Amelia Earhart took flight to reach over the Atlantic Ocean and around the globe. They were on the last leg of their journey, but then mysteriously disappeared. The coast guard, the navy, and many determined
adventurers searcher for her, or remnants of her, but after awhile people realized she wasn’t coming back. Or was she? There are many theories to what happened to Amelia Earhart. Did she die? Did she escape from a crashed plane on an island? Is she hiding somewhere in japan? That’s up to you to decide. Although, I do have the evidence to possibly prove these theories.
The Gardner Island theory states that her plane crashed on Gardner island which is a small piece of land off the coast of Mexico and China, almost directly in between the two. The theory has multiple examples of evidence such as the headstone found there suggesting someone was there, someone found them, and buried them in a grave. The theory suggests that Amelia was the one buried by possible family or explorer who found the body long ago. Although, the headstone has no visible name, it would make sense for it to be hers if we are going by this theory.
The fall and sink theory says that her ship was simply shot down by lightning in a storm, or the engine failed, or something along the lines of that. But, no matter how the reason she died, the theory always ends in her dying, with her and her plane being sent to the bottom of the ocean. This is the theory most commonly seen because it’s the easiest one for why there is no evidence to what happened to her other than the headstone on Gardner Island. This theory also has merit because of the storms predicted next to the area that Amelia was flying through.
The captured theory has Amelia Earhart landing somewhere in Japan or China and being captured because she was seen as trespassing, or as a spy. This theory goes on to state that she was either tortured, killed, or both. There are multiple documents in the archives since Japan and America united more closely that hint at the possibility of Amelia Earhart having been in their captivities. This is also somewhat fitting for the feuds brewing up in the time period. Japan was also not questioned about Amelia Earhart because if they weren’t up to no good, than they would form even more of a grudge against America for suspecting them.
There is one more theory that is the least commonly believed of them all, but still a possibility. The in hiding theory is about Amelia flying somewhere else, and hiding there with a new name, and/or look. She is said to have wanted to get away from the stresses of being famous, and away from the chances that she could be called into the battlefield in her plane during the war. There is not any evidence for this theory, except for one quote I was able to find that says, “I don’t like war. Never have. I wish people would stop just fighting. We all know that’d be best.” She clearly did not want to be in a war, but the main rebuttal to this is that she also had quite a fighting spirit, and even though she didn’t like war, she’d fight for her country.
Overall, the many theories about Amelia Earhart’s disappearance can not be fully proven. Hopefully someday we will find conclusive evidence of what happened to her. Whether she lived out her life on an island, was captured by a foreign nation, or simply killed by plain failure, or heavy storm issues, or even escaping into hiding to get away from her everyday stresses. Now you can form your own truth and hope that someday we will find the whole truth.

Title: Our Favorite Holiday Things
Author: Jobe Hatton
Date: 12/10/19
The holidays are here and they all bring joy and cheer but most importantly they bring us together. One of our Journalists have gone around newspaper club and asked what they think is most important about the holiday season. Here are our results.
Mrs. Nieto: Receiving gifts (hint, hint, nudge, nudge—Miss Kaplan) and being with my family.
Olivia: Giving Spirit to others.
Jullian: I think all the holidays people celebrate are important.
Riley: Christmas movies.
Ali: Hallmark Movies.
Jobe: I love when people get to spend time with people that are important in their lives.

Title: What is Thescon?
Author: Olivia Porta
Date: 12/10/19
Westgate is sending fourteen high schoolers to Thescon.
Wait, what is Thescon?
Thescon is a thespian convention for high school students interested in theater. They have workshops for the kids to improve their skills, some of which are run by professionals from Disney, Pixar, and Broadway. It's is being held in the Denver Convention Center from December 12th through 14th. It's a great experience for our students, and it's considered the best part of the year for some. This year it's especially exciting. Our award winning improv team is competing, as well as our very own Yazmin Becerra in a monologue competition! If we win, we'll be bringing back one or two trophies for our trophy case! Just the opportunity to compete is great, but with our talent, we have a real shot at putting the Westgate theater department on the map. Ms. Cundari of 5/6 and Mr. Cuevas of the high school are our adults on this trip, and we couldn't have asked for better ones. See you after the trip!

Title: Mrs. Schneider on Westgate's Science Department
Author: Olivia Porta
Date: 12/3/19
This is Mrs. Shneider's first year teaching at Westgate. She teaches high school science including chemistry, biology, earth science, and health. With a master's degree in Macro Biology, she's certainly fit for the position. However, I was curious to know why she chose teaching over the other professions she could have entered. As it turns out, she was in a different field before teaching. As a healthcare administrator, it was her responsibility to train new hires on what they needed to do, and that was how she discovered her passion for teaching.
However, she was underwhelmed by our high school's science program. Though our school sports many perks from being a nontraditional school, it also holds cons for some people, one being the lacking science department. However, Mrs. Schneider's not pessimistic. She hopes for a full chemistry lab one day, as well as the proper conditions needed to perform dissections. It's not hopeless, either. Administration is working on getting those very things for future Westgate high schoolers. One day, our students will be able to learn in an incredibly hands on enviorment!

Title: November Teacher Feature: Dale Kern
Author: Alisa Huddleston
Date: 11/19/19
Mr. Kern is one of the new teachers of the 2019-2020 school year. Come get to know him!
Q: What inspired you to be a teacher?
A: I wanted to become a teacher because I had an amazing teacher when I was younger.
Q: How long have you been a teacher?
A: This is my fourth year teaching, but this is my first year teaching at Westgate.
Q: What are three words to describe you?
A: I'm honest, passionate, and curious.
Q: What is your favorite part of teaching at Westgate?
A: I love spending time with students who have a thirst for knowledge.
If you want to want to submit a teacher to be next months' teacher feature, be sure to make a submission through our page!

Title: 2019 Trunk or Treat: Looking Back
Date: 11/12/19
Author: Jobe Hatton
We all remember this years' Trunk or Treat, right? But not all of us were there to experience the great memories that came along with it. Thankfully, one of our awesome journalists managed to capture the moment through photography. Here are our highlights! 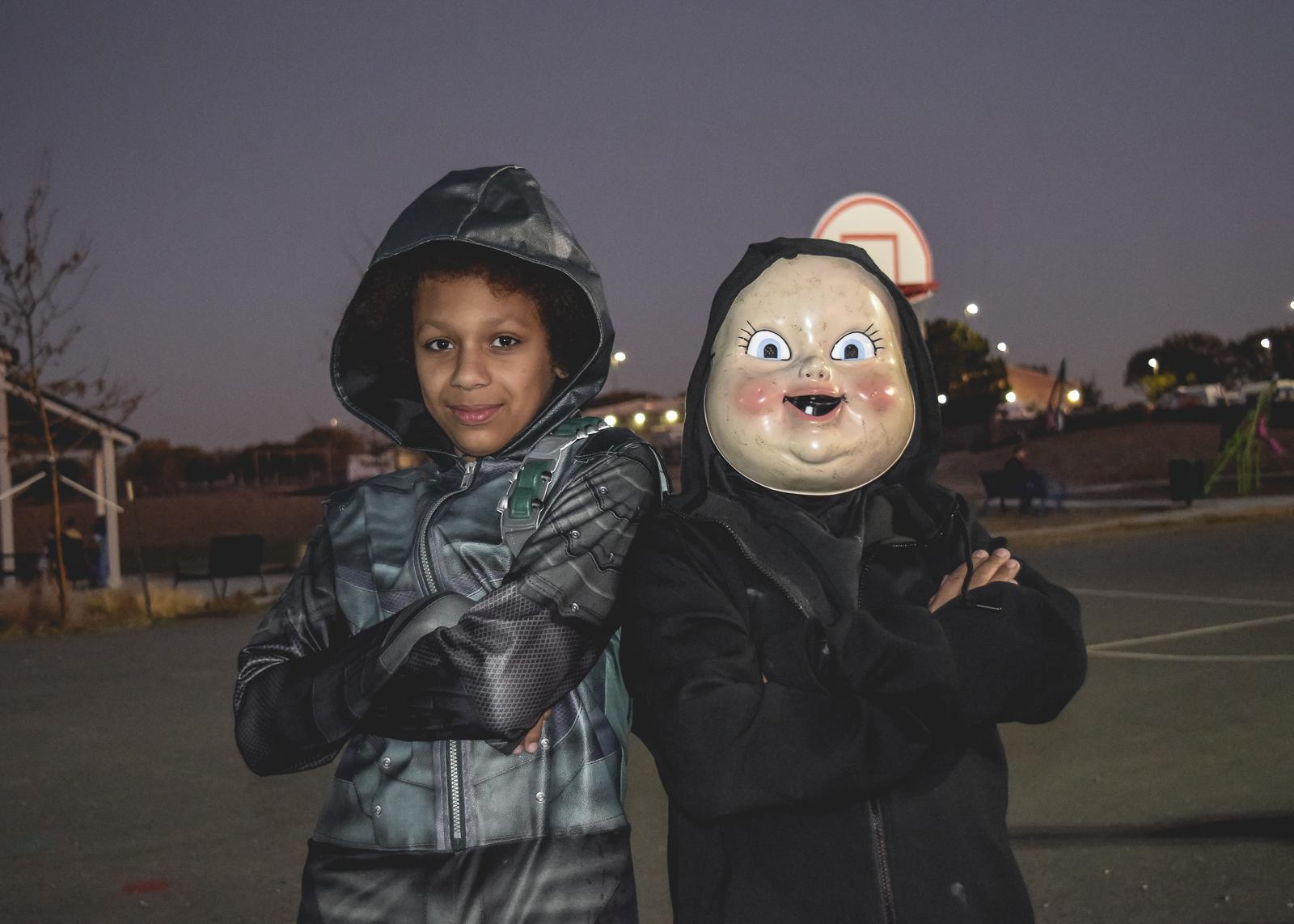 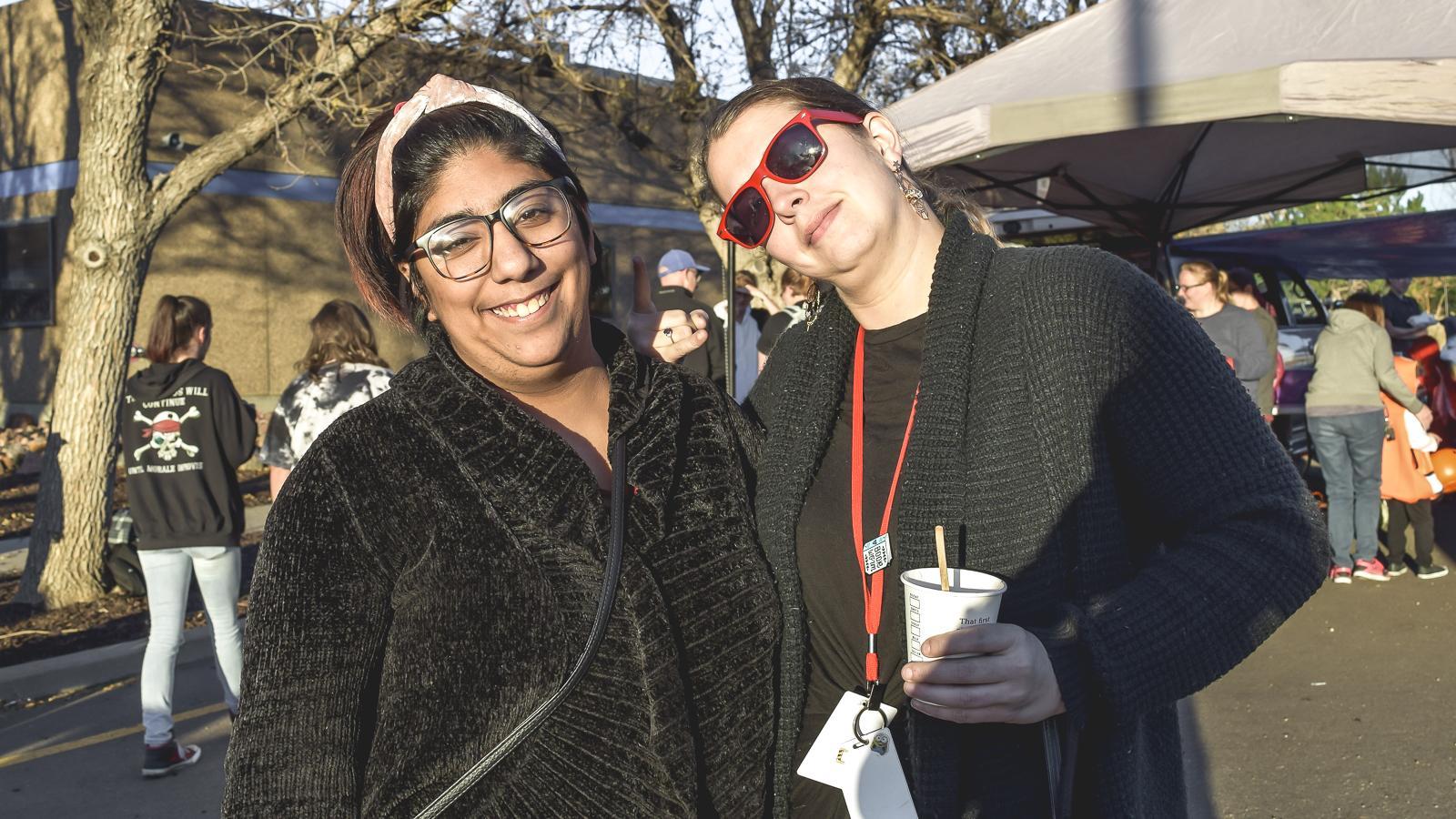 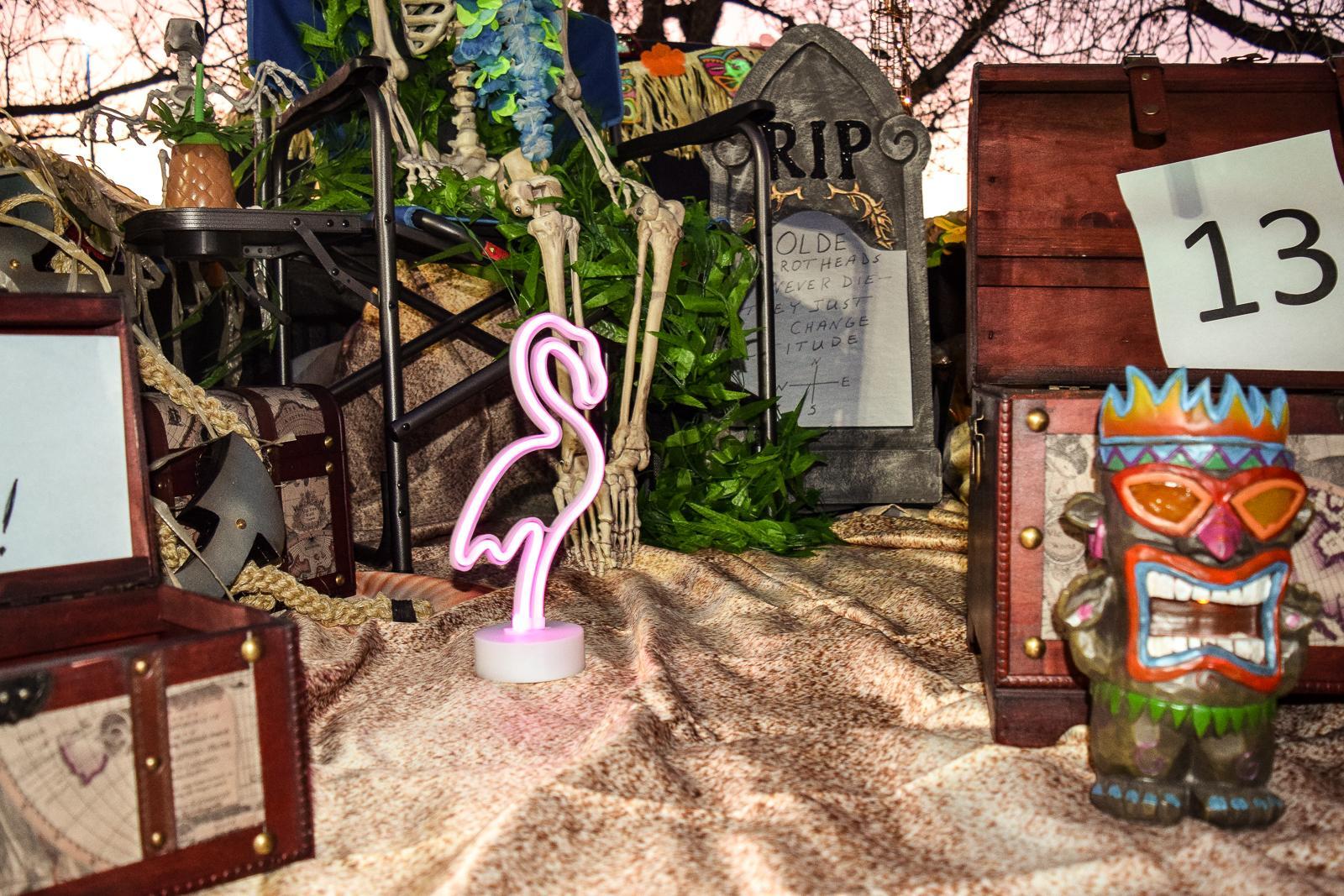 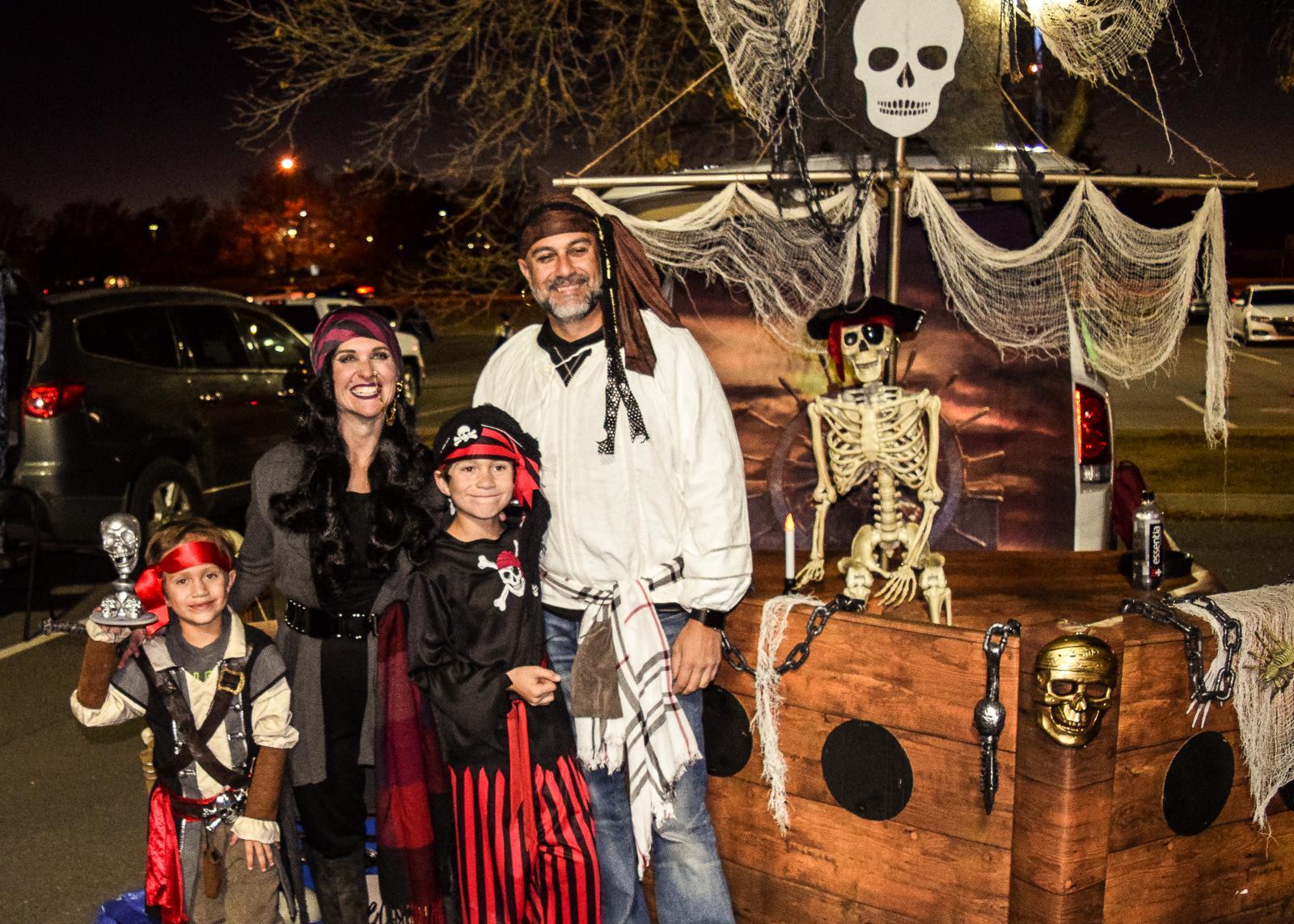 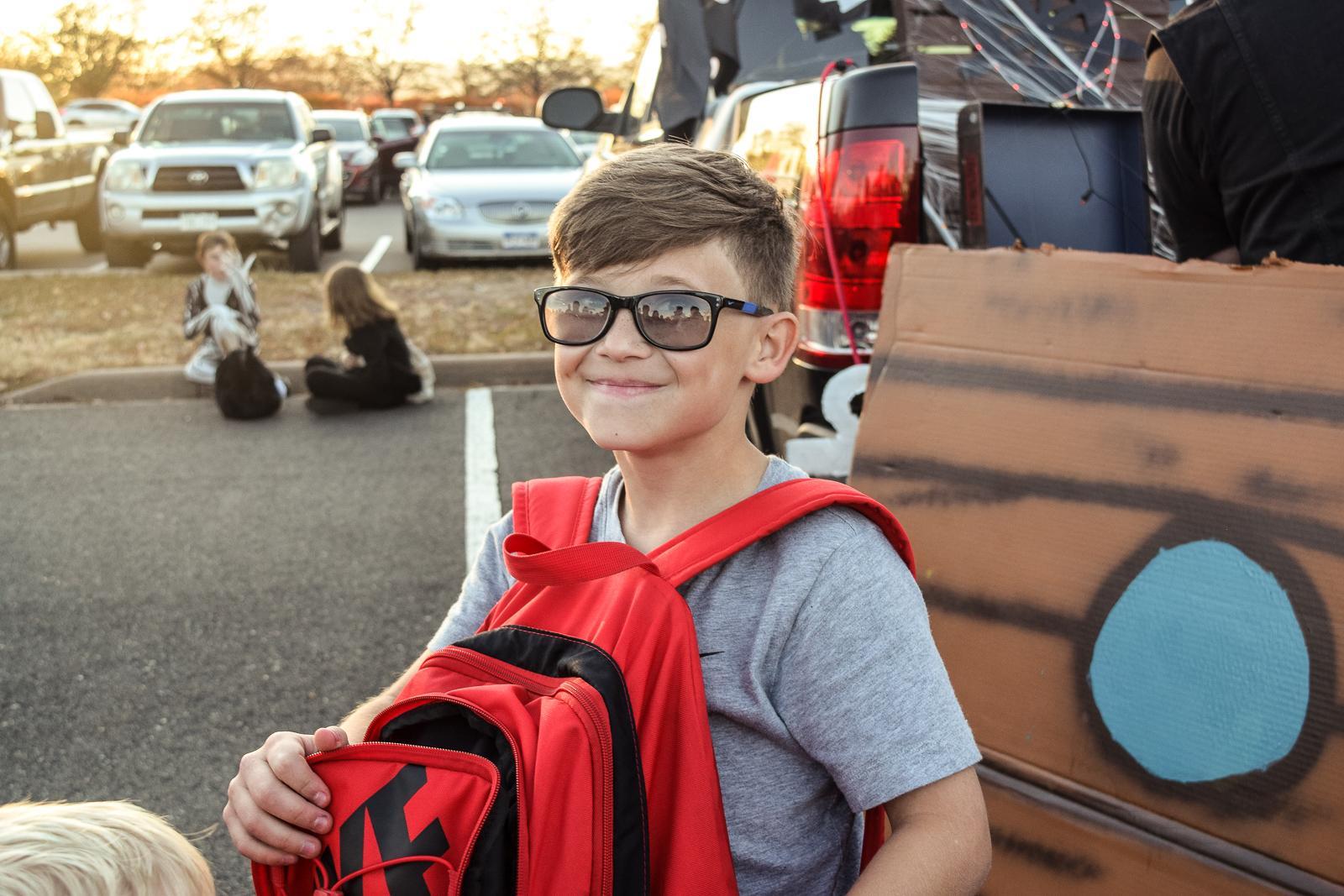 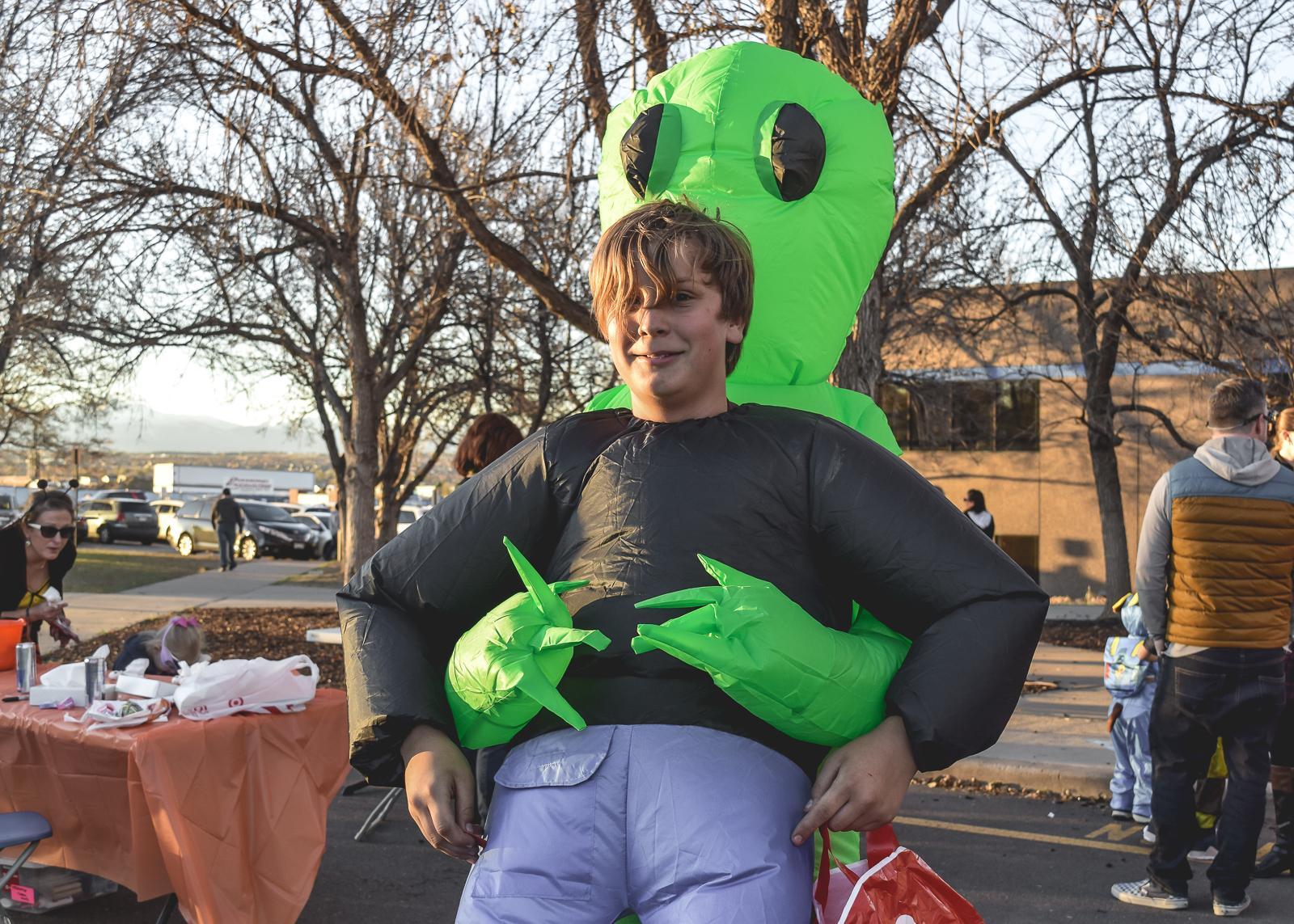 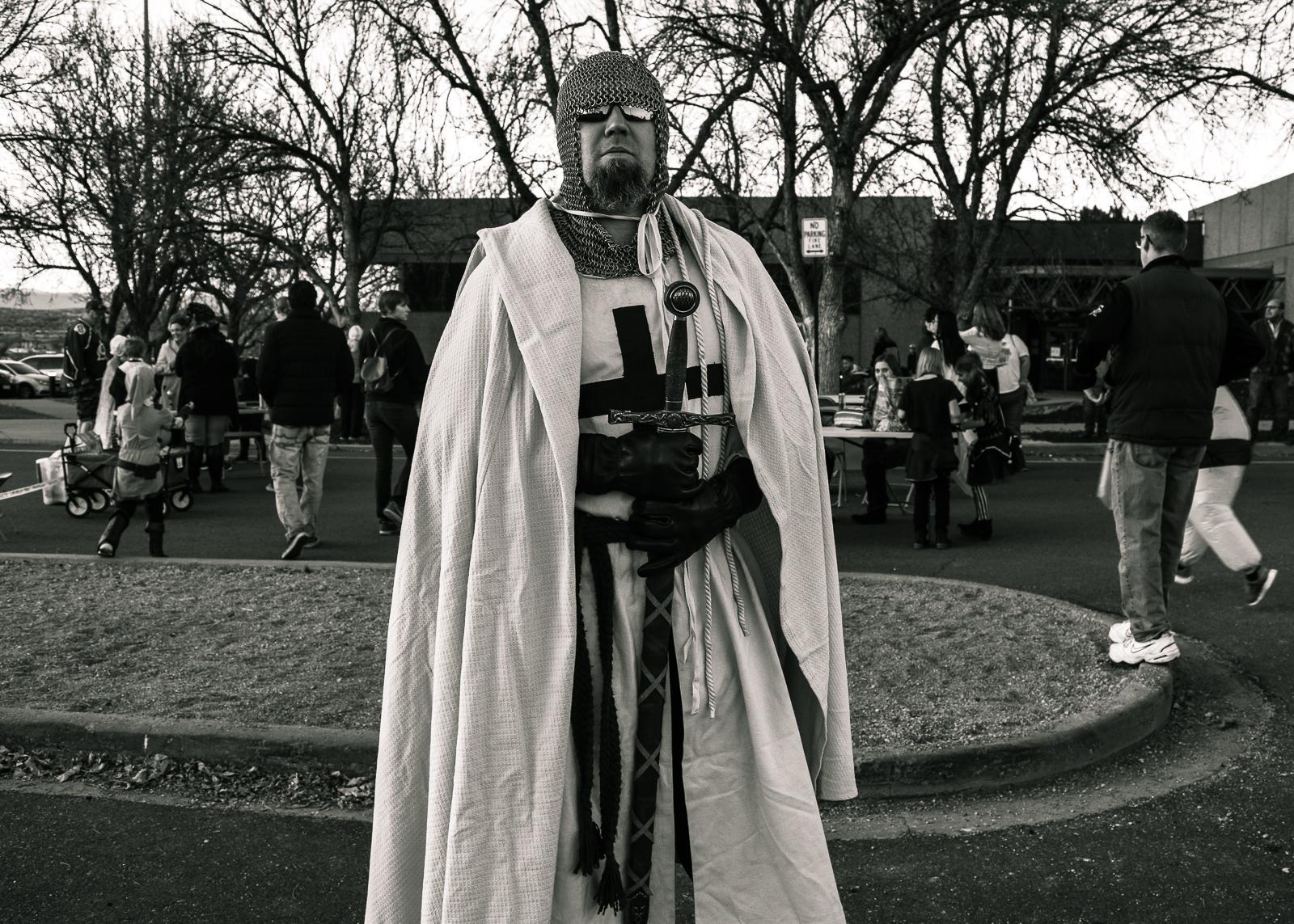 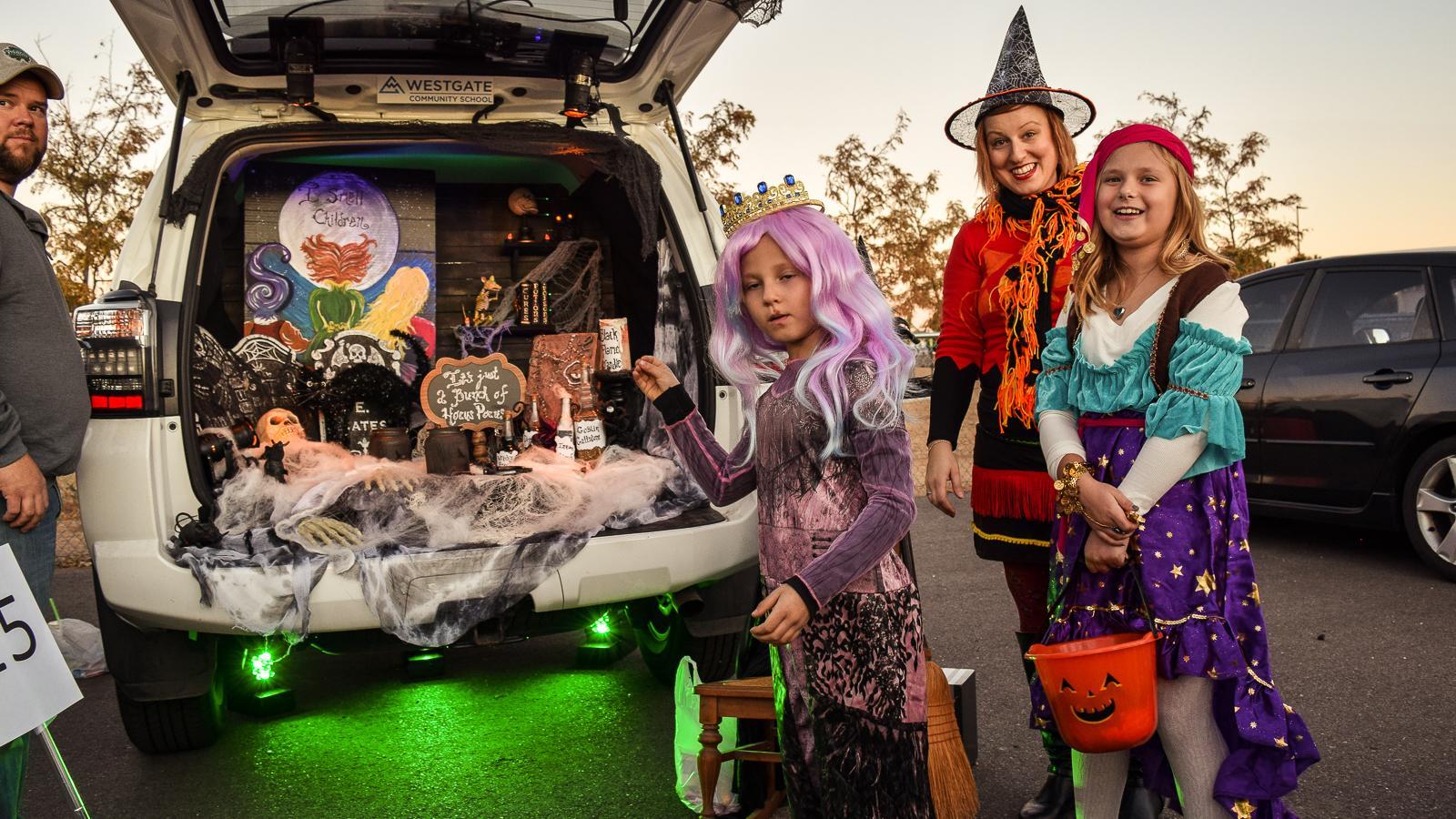 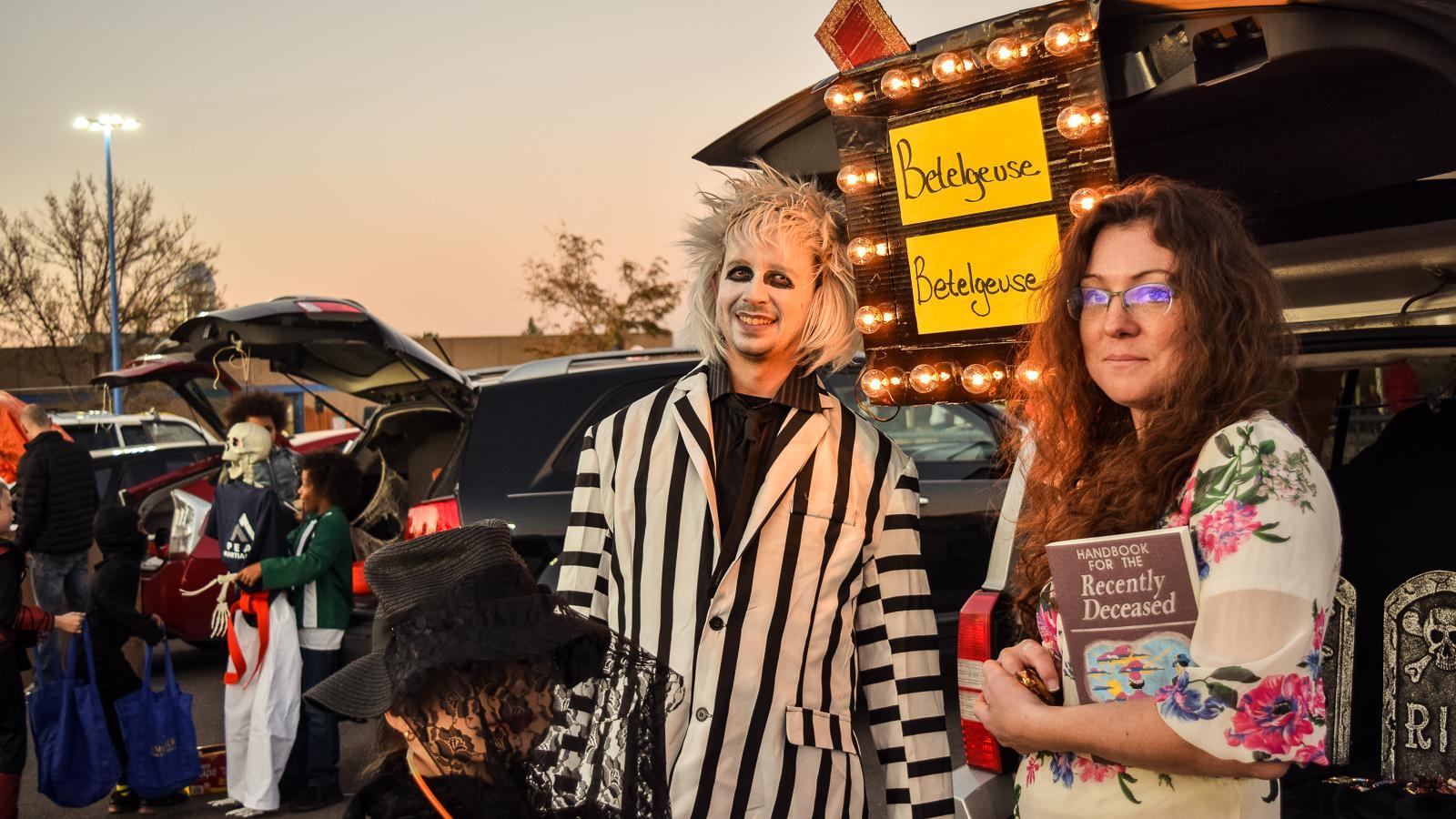 Title: Trends 11/5/19
Date: 11/5/19
Author: Julian Penders
There are trends everywhere, even at Westgate. An example of a trend is the fidget spinner, which was popular in 2016. The fidget spinner is a unique toy designed to help people fidget, but it's good at annoying teachers, too. There are many types of fidget spinners, and some only have two barrings.
This week's trend is Bayblades. This started in the beginning of the year when Bayblades made their official comeback. Now that we're in the middle of the semester, there's at least one kid in every class playing with them.
If you have any trends you want to be included on the Westgate Wilder, feel free to click the link on the page for submitting work! If you don't give your name, you'll be listed as anonymous if we publish your trend. See you next week!
About the Staff

Meet The Staff of the Wilder: The Wilder staff is comprised of 6th, 7th, and 8th grade students led by High School editors and Teaching staff.
Wilder Sponsor: Miss Nieto
"When I make a PB&J, I put peanut butter on both pieces of bread."
Wilder President: Olivia Porta (Grade, 11)
"I prefer ankle socks over other socks."
Wilder Staff Writers:
Rylee Anderson (Grade, 8)
"My favorite smell is blueberry."
Alisa Huddleston (Grade, 8)
"My favorite dinner food is iceberg lettuce."
Jobe Hatton (Grade, 7)
"I want to be in the Navy."
Julian Penders (Grade, 6)
"I like light blue more than dark blue."
Welcome to the homepage for the Westgate Wilder. This is Westgate's very own student run newspaper.
Want to submit your own writing or idea to the newspaper?
https://bit.ly/33lrVjx 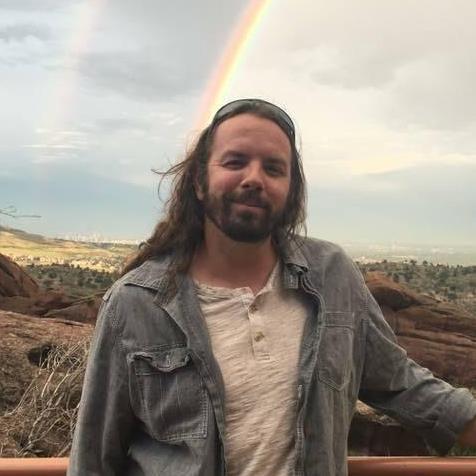